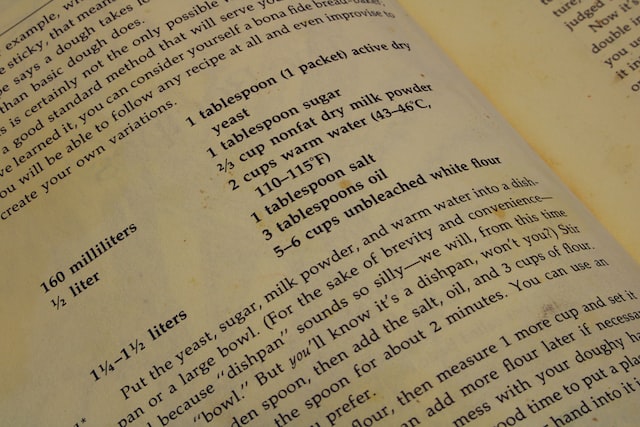 This November, Dorrance is getting you ready for the holiday season with our Homestyle Cooking Sale at the Dorrance Bookstore. Cookbooks to help you nourish yourself and family are available for a discounted price until the end of the month! See the end of this article for how to purchase.

Cookbooks have been around since human societies became literate and began writing their recipes down. The way in which cooking and baking instructions have been presented has evolved over thousands of years. According to the Encyclopedia Britannica, one of the most famous Ancient Greek cookbooks is Deipnosophistai, translated as “The Learned Banquet,” which is told as a conversation between two people talking about recipes and food preparation. Ancient China and Medieval European societies before the printing press recorded recipes and encyclopedias on food and cooking as well.

The printing press popularized cookbooks for the middle classes and introduced them as a viable part of the publishing industry. The first cookbook published in the United States of America was American Cookery by Amelia Simmons in 1796. The book has many recipes, most notably for unique roasts and cakes. Historians regard American Cookery as important to American history due to how it honors European traditions of cooking but also introduces many new wholly American recipes and approaches. These American recipes were part of a swell of American culture at the time just after the United States won the Revolutionary War and became a new independent nation. Cooking and history enthusiasts still look to American Cookery today and use its recipes to feel connected to the past! 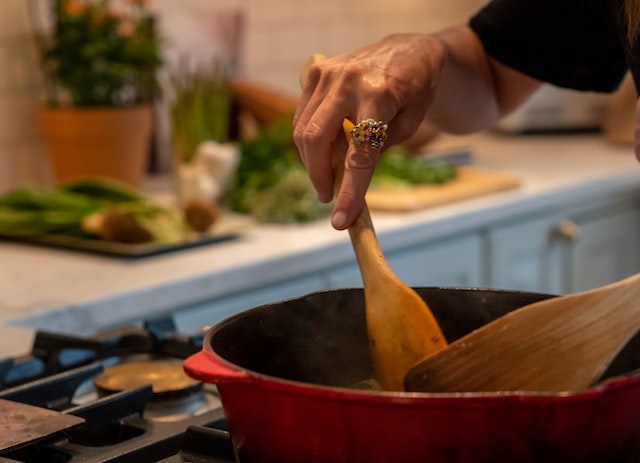 American Cookery was not simply a list of recipes, however. According to Smithsonian Magazine, the cookbook was published by political and social leaders of Connecticut. Little is known about author Amelia Simmons other than her status as an orphan. In the book, she gives housewives tips on how to cook and keep a home, such as how to preserve foods and arrange a table in a way that would be respected. She infuses herself and her experiences into the book, lamenting the hardships of being without a family in trying to make a home. More importantly, she felt minimized by her publisher.

There were two editions of American Cookery; in the second edition she thanked the women who bought the book and aired her dissatisfaction with the first edition. This was a risk, as women had very little standing in American society at this time, especially if they were orphaned and unmarried. The success of American Cookery showed that American housewives wanted and needed guidance in how to do their only jobs from other women who had advice to give, especially if they weren’t of high social status.

American cookbooks grew steadily in popularity over the next century. As America healed from the Civil War, a new audience for cookbooks made themselves known. Homemakers in the post–Civil War era needed to learn how to cook without the help of slaves. According to the Helen Zoe Veit, writing on the rise of cookbooks in America for the Saturday Evening Post:

“…millions of formerly enslaved people fled the households where they had been compelled to live, taking their expertise with them. Upper-class Southern whites often had no idea how to light a stove, much less how to produce the dozens of complicated dishes they had enjoyed eating, and the same people who had worked to keep enslaved people illiterate now rued the dearth of written recipes. For decades after the war, there was a boom in cookbooks, often written by white women, attempting to approximate antebellum recipes.”

In 1896, The Boston Cooking-School Cook Book was published, which filled some of this gap of knowledge, and also appealed to a general audience across America. This cookbook sold a record amount of copies and was a whopping 567 pages long. Fannie Merrit Farmer was the editor of The Boston Cooking-School Cook Book, which remains in print with over seven million copies sold. 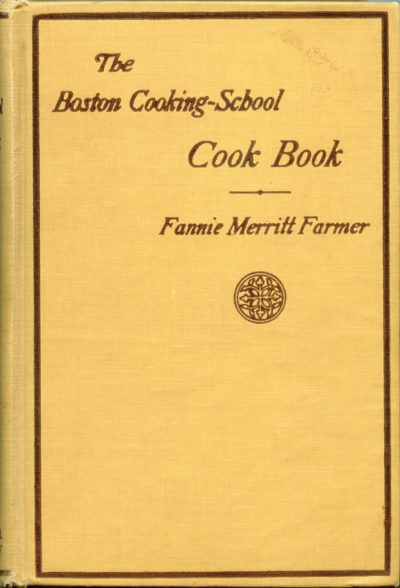 In the 20th century, a cookbook production and purchasing boom happened. By the 1950s, American women had new technologies for the kitchen and new innovations at the grocery store that opened up a new world of culinary undertaking. Additionally, measurements in recipes in cookbooks became precise and standardized, and measuring devices were more readily available. Food brands began publishing their own recipes and cookbooks in an effort to get Americans to purchase their specific brand. The character of Betty Crocker, for example, was created to sell Betty Crocker brand baking mix through the image of the ideal American housewife. Cookbooks were written for women, as society still dictated that the kitchen and homemaking was strictly the domain of women. These norms began to relax later in the 20th century. By the end of the 20th century, television had created several celebrity chefs who were household names and published their own cookbooks to roaring success. 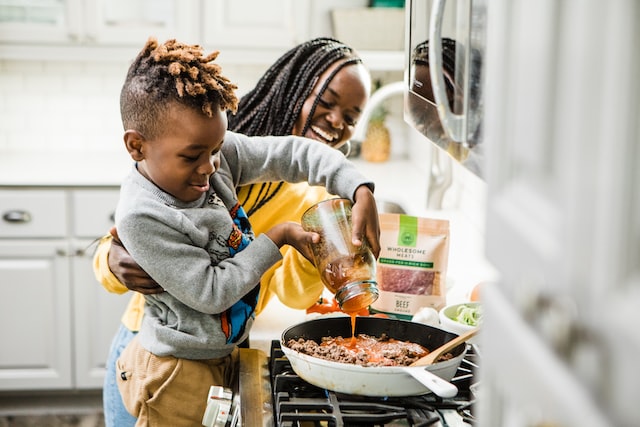 In the 21st century, cookbooks have continued in popularity, with more options than ever as to the kinds of cuisines and traditions they come from. Cookbooks are mainstays of the publishing industry. Their popularity has not waned, even in an age of being able to find recipes on the internet. With cooking shows on the internet and celebrity chefs more popular than ever, it is safe to say that cookbooks will not be disappearing anytime soon.

American Cookbooks in the 1950s – Wikipedia