If you’re an author who has finally finished your book, the next step is obvious: publication. To an author, a finished book is like a baby. You’ve spent countless days, weeks or even years working on it and you refuse to let just anybody take care of it. You want your baby to be successful, loved and cared for. To make sure this happens, you need to do your homework. 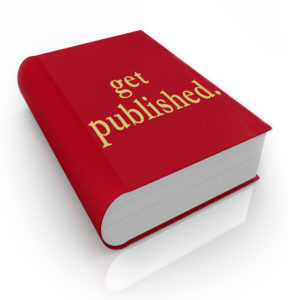 Most new authors assume they’ll reach out to traditional publishers directly by sending their manuscripts. This model no longer exists in the current market. Today, in order to get represented by a commercial publisher, you must first go through a literary agent. A literary agent is like a real estate agent for your book. There are so many people interested in publishing their work that this job was created to act as a filter between the publisher and the author. Literary agents comb through submissions to get to the best manuscripts so only work that has already been evaluated will reach a publisher.

Unfortunately, it’s extremely difficult to get this kind of representation. In 2016, Nelson Literary Agency received over 30,000 queries from authors. Of those 30,000, they requested to read 92 manuscripts. Of those 92, they chose to represent three new authors. In July 2016, Bookends Literary Agency received 1,241 queries between their agents. and offered to represent just two authors.

According to  Huffington Post, 96% of authors are rejected by agents. Caroline George, who has published traditionally and worked as an intern for Harper Collins, said in a blog post, “Many queries and manuscripts are left in an agent’s slush pile, some never to be examined. Those reviewed are strictly analyzed and refused if the structure, word count, etc. are less than optimal. This denies writers the chance to fully present their writing and the marketability of their work.”

Obviously statistics vary between agencies, but overall, the odds of getting literary agent representation are low in the current market. Even if your book is great, it depends on finding the right person at the right time. Some authors will spend years querying with no success.  And if you’re lucky enough to get agent representation, your agent will then have to submit your work to publishers to see if they’re interested. Even fewer authors from this handful are chosen.

The painstaking process of queries and rejections isn’t needed when self-publishing. Virtually anyone can become a self-published author. Some may view that negatively: If anyone can do it, why should I?

Unfortunately, we no longer live in a world where every great book gets published. Yes, there are a handful of people fortunate enough to get that opportunity, but there are even more authors who have high quality work that didn’t find the right agent at the right time. Rather than tossing or shelving that book for good, self-publishing gives people the opportunity to become a published author, realizing a dream they may not have achieved otherwise.

Also, many first time authors will use self-publishing as a way to start to establish themselves in the industry. They’ll self-publish their first book to gain name recognition, establish a following, and create a social media presence. This way, they’ll be more likely to be picked up by an agent for their next book. 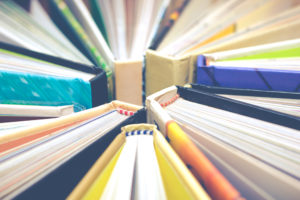 It’s impossible to calculate an exact timeline for  traditional publishing. It largely depends on the odds of finding the right agent at the right time. An author could spend years on querying alone.

However, let’s assume you’re at the point where you’ve queried and you’re now signed to a publisher. From this point forward, it could be anywhere from 18 months to two years before your book will be available for sale.

The self-publishing timeline can be anywhere from immediate to several months. Generally this process is much quicker than the traditional publishing route and most companies are able to everything from artwork to editing and design in under one year.

When you traditionally publish a book, you’re essentially signing your rights over to the publisher you’re working with, giving them total control over your material. Because of this, authors may end up with revisions to the book or cover designs with which they are not completely happy. To some, this may not seem like a huge sacrifice to make. But for authors who view their book as their baby…it can be hard to relinquish creative control.

With any reputable self-publishing company, you retain all rights to your work. This means that nothing will happen to your work without your approval. You’ll have total creative control over the writing, editing, page design and cover design for your work. It also means that, should your work get noticed by a traditional publisher or by a movie executive, you would retain the right to pursue those opportunities.

This is a category with a lot of misconceptions. Most people seek traditional publishers primarily for their marketing abilities. While, admittedly, they do have the best marketing strategies available, it has become more rarely used over time.

Since the market has become so competitive, literary agents and publishers are now able to be extremely selective with whom they choose to represent. The choice is mostly based on the quality of your work, of course. However, the level of success you’ve already attained is also taken into account.

For example, if an agent is choosing between two books of the same quality from the same genre, most agents are going to look to see if either author has any sort of fan base or following as the deciding factor. If an author has already attained a following, they know this book will be the safer investment. 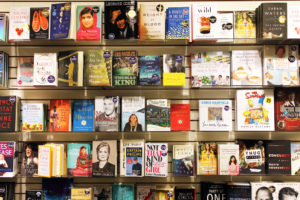 It’s certainly possible to be those one or two books, but it’s highly unlikely–especially after figuring in how unlikely it is for an author to even get to this point.

While some self-publishing options include a basic marketing package, in order to be successful you’ll most likely have to do a lot of your own marketing. This is certainly not the area where self-publishing is strongest, but you’ll most likely end up in the same scenario even if you are able to get traditionally published. That’s just the way it is now: no matter what avenue you choose, authors have to be both writers and marketing experts.

In terms of traditional publishers, an author will be offered a book deal. This will typically consist of some type of advance, usually varying between $5,000-$10,000 for new authors and a percentage of the books sales (usually somewhere around 10-15%). A traditional publisher will typically keep around 85-90% of your sales revenue. It’s also important to note that the advance given by traditional publishers is, in a sense, a loan. The author won’t see anything from their sales unless their book sells more than this initial amount. Your literary agentwill typically receive 15% of whatever you’re making on your book. Statistically, most books don’t earn out, meaning that advance could be all you will receive for the book. You could spend years trying to get represented followed by years waiting for your book to come out and only end up with $4,250-$8,500 to show for it.

Here’s the truth: no one can guarantee book sales, not even traditional publishers. According to a survey by Publishing Perspectives, 54% of traditionally published authors earn less than $1,000 per year. This same study states that it’s only the top 2% of total authors that “make a good living” off their work.

Self-publishing never gives an advance to an author. However, in terms of revenue, self-published authors retain a much larger percentage of their sales than they would with a traditional publisher. It varies per company so make sure you do your research, but most reputable companies will only retain a small percentage of the sales, usually just enough to cover the cost of printing per book. The rest will go directly to the author.

As an Author, if you’re able to establish a following (which you’d most likely have to do with commercial publishing anyways), self-publishing may make you more money in the long run.

Unfortunately, the industry is extremely competitive. According to Berrett-Koehler Publishers, “A book has far less than a 1% chance of being stocked in the average bookstore.” In that same piece, they state, “For every available bookstore shelf space, there are 100 to 1,000 or more titles competing for that shelf space.”

It’s fairly difficult to find book sales statistics for either traditional or self-publishing companies. Most book sales statistics that are made public are only for top sellers and are not indicative of the average sales for both groups. Author Earnings, however, provides an annual report for book sales, comparing traditional publishers with indie publishers through graphs and statistics. According to their most recent report, while traditional publishers beat out Indie publishers in terms of total number of sales, the differences in the numbers may not be as daunting as you’d assume (especially when it comes to ebooks). According to the site, indie author sales have been on the rise in recent years and they continue to grow.

Ultimately, the publishing platform you use depends on your goals as an author. No reputable company would ever discourage an author from pursuing commercial representation if that’s their dream. But it’s important to remain realistic and to understand the way the market is structured right now. Otherwise, it’s easy to get discouraged.

While commercial publishing is what most people picture when they think of publishing, self-publishing is a perfectly viable option and should be seen as such. While there are self-publishers who are dishonest about their practices, there are also great indie publishers who are completely upfront about their business practices and simply want to give good authors an opportunity that is becoming increasingly harder to come by. Your book is your baby and, in the current publishing market, there’s more than one way to make sure your baby is taken care of.