There are three classes of people when it comes to semicolons: those afraid to use it because they don’t know how, those who use it incorrectly and without abandon, and the few–the proud–who use it exactly the way it was intended. The goal today is to put you in the third category.

A semicolon can be used in two ways: to join two sentences (independent clauses) or to separate items on a list that already uses commas.

A semicolon gives the reader less pause between two thoughts than a period and more pause than a comma. There are three things to keep in mind when you’re using a semicolon: the clauses on either side of the semicolon have to have equal importance, they need to relate to each other, and they should be able to stand alone as complete sentences. 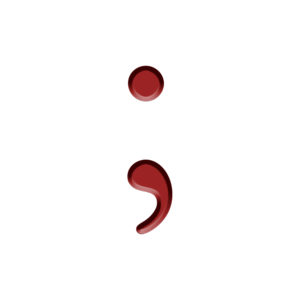 Incorrect: I had spaghetti for dinner tonight; Shawshank Redemption is my favorite movie.

These two independent clauses have nothing in common. They should be separate sentences.

Incorrect: I had spaghetti for dinner last night; tacos tonight.

The first clause is an independent clause; the second is a dependent clause (aka fragment).  Both clauses should be able to stand alone as complete sentences.

Correct: I ate spaghetti for dinner last night; I will have tacos tonight.

Both clauses are independent and could stand alone as complete sentences.  Their topics relate to each other.

Separating items on a list that already uses commas

If you have a list of items that contain adjectives, you want to use a semicolon. Too many commas in a sentence can confuse the reader.

Incorrect: This year for Halloween, I bought a sound machine; ghosts; and a witch.

No need for semicolons here when a comma would do the job.

Incorrect: This year for Halloween, I bought a loud, screaming sound machine, scary, evil ghosts, and a green, spooky witch.

This sentence has too many commas. As a result, it’s hard to separate each part of the list. 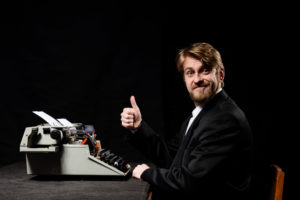 Correct:  This year for Halloween, I bought a loud, screaming sound machine; scary, evil ghosts; and a green, spooky witch.

Just one more tip: Now that you know how to use a semicolon, don’t use it all the time. Use them sparingly. Consider them the fancy silverware you only use when you’re trying to impress your family and friends.