This week on Author Spotlight we chat with author Martin Patin, author of the middle grade novel Roebell Sandwich. The story follows the ups and downs in the life of one twelve-year-old boy growing up in Queens, New York, in the 1970s, and his dreams of television fame. We spoke to Patin about his process and inspiration for the novel! 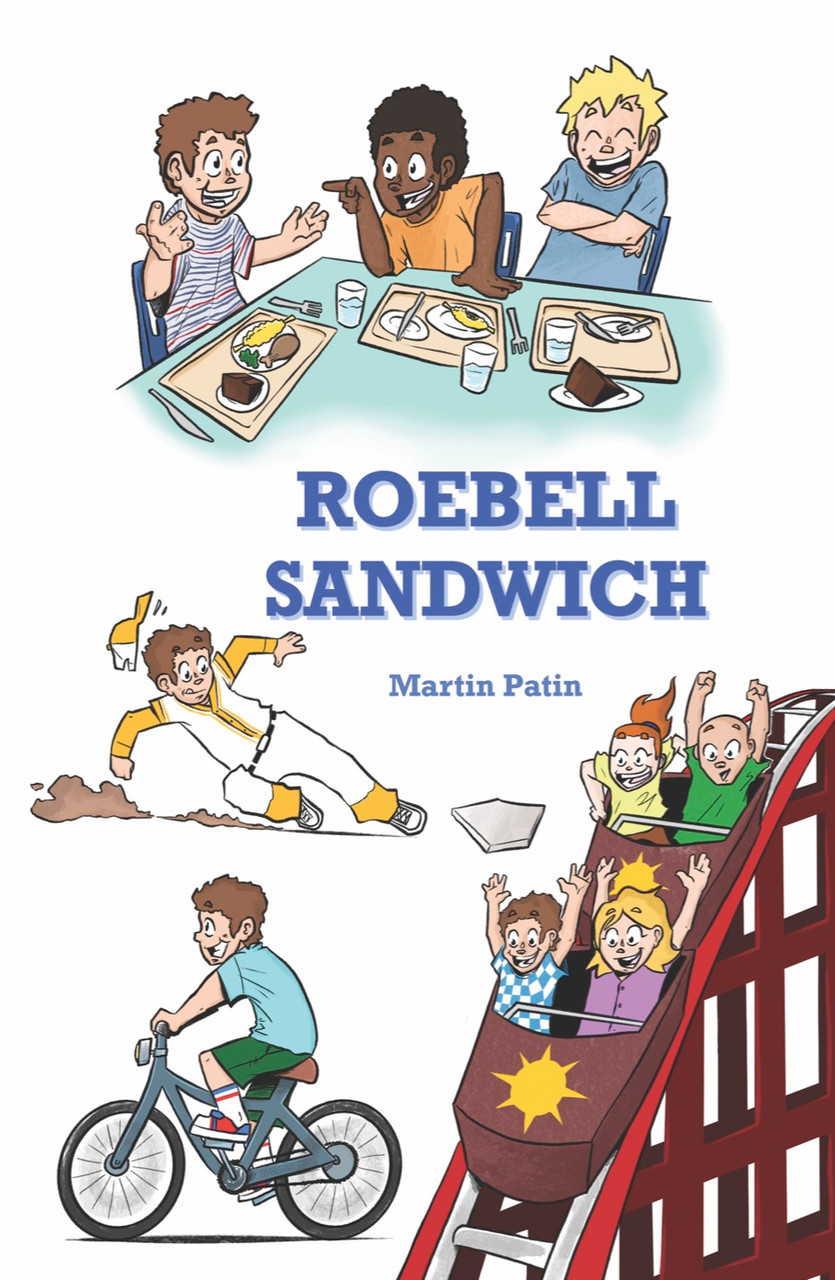 What made you want to write your book?
I was motivated by my own childhood interests and memories, although the story and characters are fictional. The story developed in my mind over a span of several recent years. Then one evening in June 2019, I realized I needed to start putting it into written words.

How long did it take you to write your book?
It took about 2 years and 4 months (including some illustrations), since I was writing it only in my spare time, as a hobby. But I worked on it steadily over that entire span of time, spending at least five to eight hours every week on it, and never losing interest! It certainly helped keep my spirits up during the pandemic.

What do you do when you have writer’s block?
While writing this book — enough of the story was already formulated in my head, that if I came to a standstill on one part, I just went to work on another part of the story. Eventually, ideas would come to me for the part(s) that I had gotten stuck on.

What was your favorite part to write, and why?
My favorite part was near the middle of the book, when the main character’s parents reveal a surprise to him at dinnertime. I edited that part of the story many times, in order to make the family’s dialogue as realistic as possible, and to fully capture the feelings of the main character and his parents and sister. One of my friends who read my manuscript told me that particular scene brought tears to his eyes!

If your book includes illustrations, what was it like working with your illustrator?
I created a concept drawing for the front cover, and Dorrance illustrator Ben Marchal did a magnificent job of enhancing it and re-arranging the pictorial elements as needed to make space for the book title. My illustrations for the interior of the book are being presented exactly as I drew them.

If you were stuck on an island and had to have one person from each category with you, who would they be, and why?

(a) One friend or family member:
My long-time friend Jerry B., because he and I have gone on many week-long road trips together, and we always got along very well in terms of making decisions about each day’s activities.

(b) One fictional character:
Ralph from “Lord of the Flies,” or at least a grown-up version of Ralph, since he tried his best to maintain a civilized community while other boys on the island were becoming like savages.

(c) One famous person (living or dead):
Jeff Probst, the host of the reality TV show “Survivor,” since he has spent a lot of time on remote islands with clueless people.

What are some of your hobbies?
Drawing, writing, eating out, hiking, and road trips.

How did you celebrate the publishing of your book?
I had a long-time friend from my college years on the phone with me as I opened the package. I also brought my initial author’s copy to a lunch gathering after church the following Sunday.

What did you enjoy most about working with Dorrance Publishing?
I enjoyed the helpfulness, kindness, and professionalism of the project coordinators that were assigned to my book during the various stages of the publishing process.

Five favorite books of all time?
“A Tale of Two Cities,” by Charles Dickens, because of the many intricate plot twists and coincidences
“The Boys in the Boat,” by Daniel James Brown — a true story about the 1936 U.S. Olympic crew team
“The Great Santini,” by Pat Conroy — a military father runs his family like boot camp
“Lord of the Flies,” by William Golding — a group of boys is stranded on an island with no adults
“If I Never Get Back,” by Darryl Brock — a baseball fan travels back in time to 1869, and plays on the first-ever all-pro team

Do you have any advice for anyone looking to write a children’s book?
Always keep in mind what it really was like to be a child of the age you’re writing for and/or about.

You can purchase Roebell Sandwich and other Dorrance middle grade fiction at the Dorrance Bookstore.