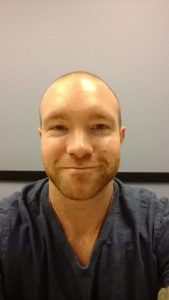 LRHF: I am a huge fan of historical fiction and fantasy stories. I wanted to create a King Arthur story that was both rooted in historical accuracy, as well as blend it with the traditional Arthurian legend.

LRHF: I began the rough copy of my book a decade ago. I wrote off and on during college. I rewrote it several times as I grew as a writer, and I learned the process of writing and how to hone your craft all the while. Once you have learned your process, the novel comes together far, far more quickly.

LRHF: Many of the names of my characters came directly from the Arthurian Canon. Arthur, Lancelot, Guinevere, are all easily recognized. The other names were either lifted from the pages of historical accounts, or from records from the era and local, such as the Saxon Kings; Hengist and Horsa. The others just sounded right when I put them on paper.

LRHF: I avoid writer’s block by reading a good book or watching a good movie. Reading or watching a really well-done piece of storytelling almost always sparks my creativity.

LRHF: The climactic scene was probably my favorite to write. It is the final battle between Lancelot and Mordred. A close second was the epilogue. It gave me goosebumps when I read it.

LRHF: If I were stuck on an island with a character from my book, I would definitely choose Sir Bors. He is a true friend, a fearsome warrior, and always made me laugh to write his lines. This is assuming, of course, that we are not tasked with repopulating the island, in which case, Princess Kaita, or the beautiful Morgause is a more suitable choice.

b. One fictional character: I would most enjoy hanging out with Gimli from the Lord of the Rings.

c. One famous person (living or dead): I will always want to talk baseball with Colorado Rockies royalty Todd Helton.

LRHF: I have a degree in Health and Exercise Science, so fitness and nutrition is a passion of mine. I may combine the two passions, writing and fitness, and pen a fitness book someday. I am also an avid outdoors-man, and I love sports, namely, baseball and football.

LRHF: I do not keep a journal, but I do have multiple writing projects at all times. I am very close to the completion of my second novel; Unwanted. I am also working on a children’s book I have high hopes for.

LRHF: I celebrated the publishing of my book by holding a toast to: ‘Hard work and seeing a project through to the end.’ I was joined in my toast by my family, friends, and fiancee, Sarah. We then all prepared a dinner feast with plenty of red wine (as King Arthur would have done).

LRHF: If Caliburn was made into a movie, I think that I would cast Chris Hemsworth as Arthur, Russell Crowe as Merlin, Eva Green as Guinevere, Jeff Bridges as Ector, Scarlet Johansson as Morgause, Jude Law as Lancelot, and Adam Driver as Mordred.

LRHF: I enjoyed how clear the communication was between the publishing team and myself. My questions were always answered quickly and completely. I was given the tools to understand the process of publishing a book in its entirety.

LRHF: My five favorite books of all time are: 1) Watership Down by Richard Adams, 2) Dune by Frank Herbert, 3) The Hobbit by J.R.R. Tolkien, 4) The Richard Sharpe Series by Bernard Cornwell, 5) Tom Sawyer by Mark Twain.

LRHF: Read a lot, write a lot, and you will find inspiration. 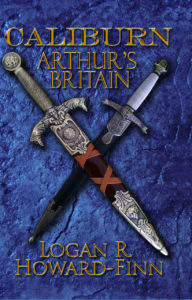