The amount of length and effort between a well-written romance and a lazy one is, quite frankly, astronomical. It would be so easy to just give your reader short and direct updates on what the protagonist and their love interest are feeling throughout their interactions. That comment made Naomi feel good, that one made Jonathan feel sad, Naomi’s love for Jonathan is beginning to grow, etc. It’s the difference between these short inserts and pages and pages of meticulous scene-work. Any writer, if asked what they prefer, would default to the easier option. But it’s not just a difference in length and effort, it’s also a huge difference in quality. The readers are meant to feel as though they’re observing a relationship bloom and they can’t very well do that if they feel the narrator’s presence every five seconds telling them what to think and how to feel. We know you’re groaning just thinking about it, but trust us- showing rather than telling will allow you to create a romance that any reader will ship. 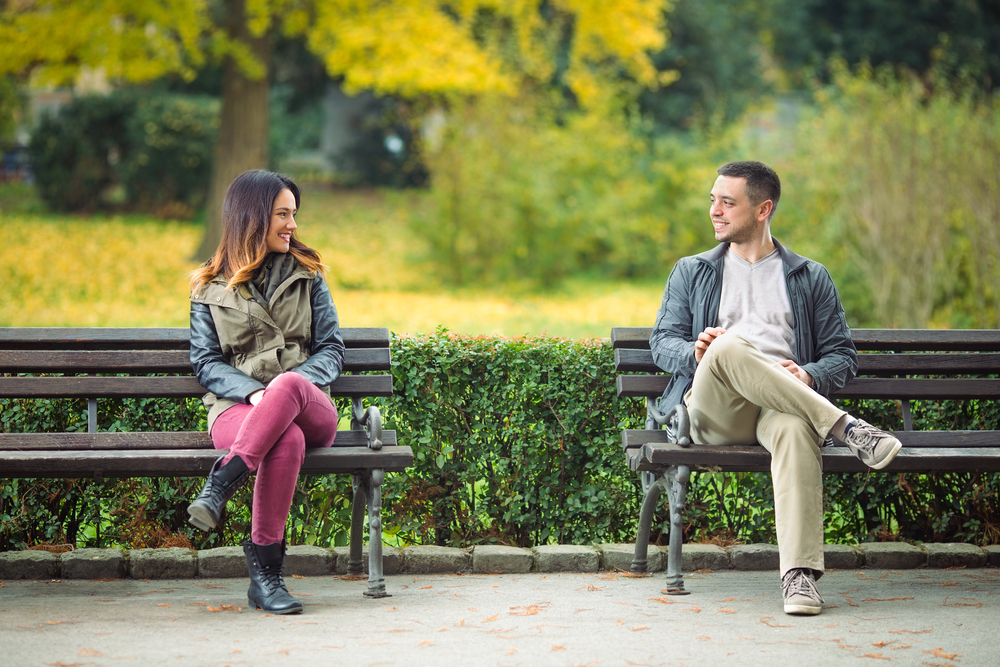 Every romance needs a good old fashioned ‘meet-cute’, right? For those unfamiliar with the term, this refers to the way in which people who are destined to be romantic interests meet one another. It also happens to be one way to show or indicate to your readers that a romance is about to blossom. Because we’ve seen so many of these over the course of our book and movie consumption, even if we didn’t know the terminology, we’re already primed to notice one when it happens and to know immediately that the two characters participating in the meet-cute will find love.

Writers who struggle with showing rather than telling will make the mistake of making the meet-cute too big, cliche, and cheesy. These are the writers that have the characters lock eyes from across the room and tell us that ‘the planet shifted on its axis and they could see the entire universe in their eyes.’ Not only is this super cheesy eye-roll-worthy writing, but that just isn’t what happens in real life. Even for people who claim to experience love at first sight, it really just means they were attracted to or drawn to that person at first sight in a way that they didn’t understand. Planets weren’t moving in the sky.

When you’re writing your meet-cute, try to make it both memorable and realistic. Maybe they’re going for the same book at the library or (if you’re going for the hate-to-love angle) maybe she buys the last donut right out from under him at his favorite donut shop. We shouldn’t be hearing about how your protagonist’s whole world has been altered by this interaction, but rather we should just witness a memorable interaction between these two characters- that’s more enough to go on.

Any great romance can’t be immediate, it needs to be built up. If you start off your characters already having all of these feelings for each other then it makes them both appear shallow and basic- their love needs to have substance if you want it to be something readers will root for. So, rather than directly telling your reader that your character is starting to feel a certain way, show us scenes between them playing out.

Perhaps, after their initial meet-cute, one character walks into their next class and recognizes the first from their initial interaction- realizing they go to school together. And, oh no, the only seat left is the one right next to them, whatever will your character do? Boom, you’ve created another setting for them to interact. And, of course, they get paired up for a group project and are forced to work with one another in closer proximity.

Once you’ve created a space for them to interact, you’ll need to create meaningful conversations between them. How do people get to know one another? Don’t jump straight to deep dark conversations, maybe start by having them talk about what’s going on in class, maybe they stumble upon a mutual interest they share. Instead of directly telling the reader ‘I feel this way about this character’, focus on how things that the love interest says makes your protagonist feel. 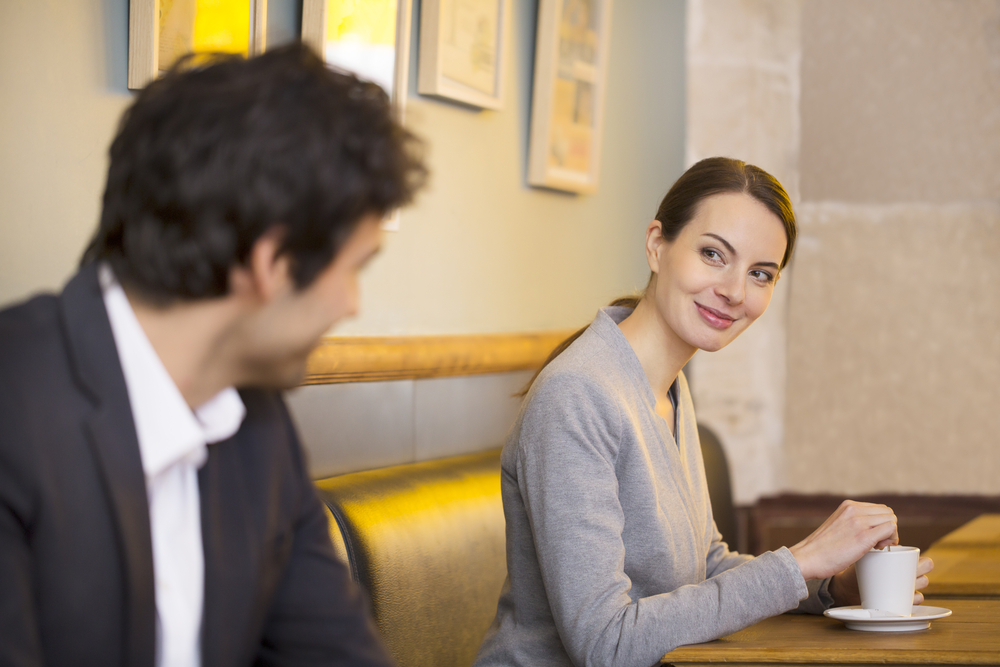 Going along with the previous step, instead of showing the protagonist’s feelings through telling you should be showing it through physical responses. Perhaps one thing he says makes her roll her eyes, or maybe another thing he says makes her smile or laugh- showing the beats of their conversation through body language and mannerisms works just as well as telling the reader how your character feels each step of the way.

Pursing lips, raising brows, widening eyes, scrunching brows, biting lip, crinkling nose, stretching, nail-biting, sitting upright, crossing legs, grunting, coughing to cover a laugh, cracking knuckles, tapping foot, scratching chin, smoothing hair- these are just a few mannerisms that can express various degrees of attraction, annoyance, confusion, or boredom. Brush up on your physical language, figure out what types of mannerisms fit each character in each state or mood they’d express, and then use these to show their feelings throughout their interactions.

As your story progresses, there should be beats in your scenes where your characters’ perceptions of one another either change or grow. The learn unexpected things about one another, perhaps your biker cool-guy love interest secretly plays the piano or your lawyer workaholic woman has a rough family life. We should see certain moments where eyes widen or they get big smiles on their faces and one of them asks “What?” and the other says something along the lines of “Nothing, I just… wouldn’t have guessed…” while staring at them intently. These bigger moments, we know, are the moments where they’re slowly falling in love. But you don’t need to say this to us; if you focus on their mannerisms and the dialogue and substance behind these moments, your reader will fill in the blanks. 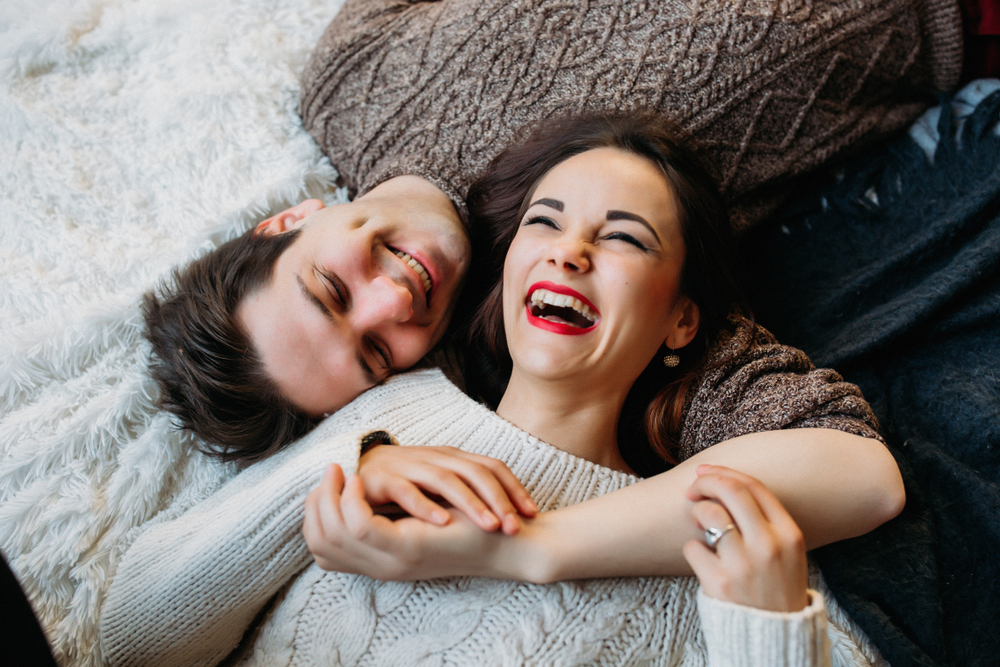 The Trigger & The Epiphany

All of these little interactions and moments that you create between your two love interests should culminate in a single moment- THE moment. That’s right, it’s the moment that your protagonist realizes they’re either in like or love with the love interest. We, of course, have known for quite some time, we’ve just been waiting for our protagonist to catch on. This moment could be big or heroic like the love interest comforting the protagonist after they opened up to them. Or it could be small and sweet like in the sitcom The Office when Pam says she knew she liked Jim when he told her that her yogurt was about to expire. Either way, the realization should come from a meaningful moment, not just from your protagonist sitting around ruminating.