The first recorded author in history was a woman named Enheduanna, a high priestess of Mesopotamia. In the 23rd century BC, she served the ancient Mesopotamian city Ur. According to Atlas Obscura, this role was religious and political, as Enheduanna used her writing in an attempt to unite the people.

This ancient Mesopotamian disk shows Enheduanna (second from left) in what is likely a religious procession. COURTESY PENN MUSEUM

Enheduanna’s father, King Sargon, took over Sumer, in what we now know as Iraq. He selected his daughter to be the priestess of Nanna the moon god, according to their religious practices. King Sargon was also ruler of the Akkadian people, which meant there were then two cultural groups of people under his rule.

In an attempt to unite the people, Enheduanna wrote about a goddess that was a fusion of the Sumerian Inanna and the Akkadian goddess, Ishtar. This fusion appeared in The Exaltation of Inanna, which made her the first named author in history. Others had written in the ancient world, but Enheduanna was the first to have her name attached to her writings. 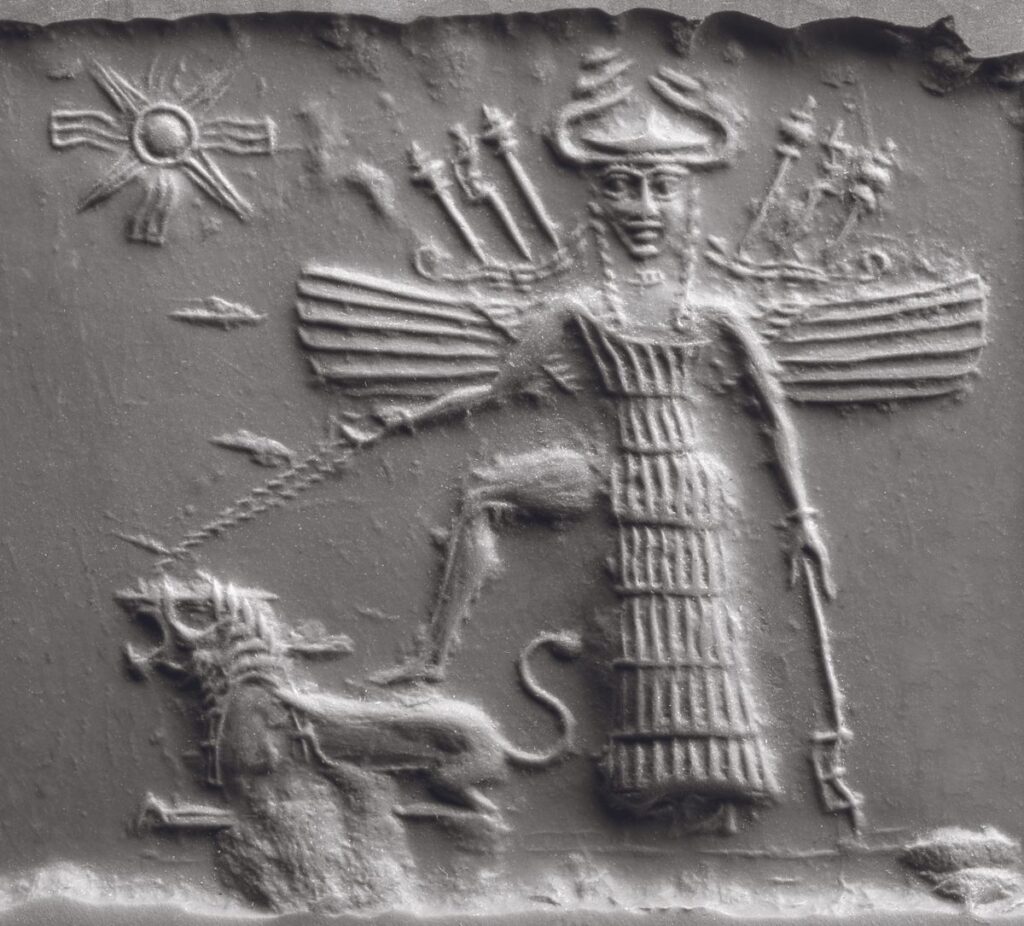 Ishtar, the Akkadian war goddess who Enheduanna merged with the Sumerian goddess Inanna. COURTESY ORIENTAL INSTITUTE OF THE UNIVERSITY OF CHICAGO

According to historian Majdolene Dajani, Enheduanna’s role was not just a writer. Her role as high priestess would’ve been a political one. While it is hard to grasp what the life of a priestess in the 23rd century BC would’ve been like, it can be inferred that the role was important due to how these ancient cultures treated their religious faith.

The high priestess would’ve facilitated worship of the gods. Historians have also found a “King’s List” – a list of the kings that ruled, with the priestesses in power during their reigns listed alongside them. This means the role of high priestess was important to these ancient cultures. 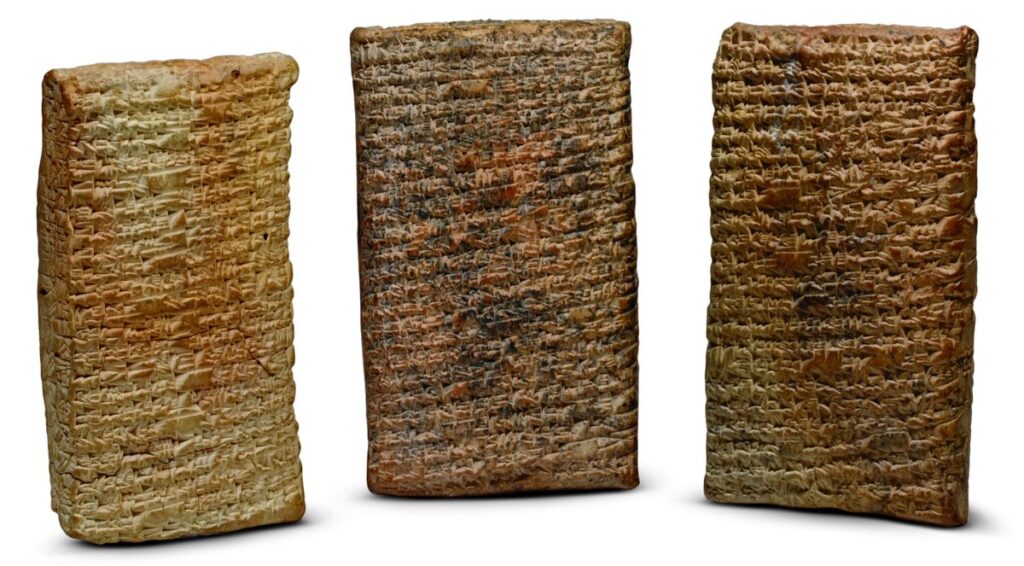 These tablets are inscribed with Enheduanna’s The Exaltation of Inanna. KLAUS WAGENSONNER/COURTESY YALE BABYLONIAN COLLECTION

Specifically, Enheduanna’s writing for the Sumerian and Akkadian people was important. The story of the fusion of the goddesses Ishtar and Inanna that Enheduanna wrote in The Exaltation of Inanna remained popular in the Mesopotamian region for many years after, which was not the case for other gods of the time.

Modern historians until now have not considered that a woman might hold such a powerful role in Ancient Sumerian culture. According to Dajani, when Enheduanna’s writings were discovered, modern scholars dismissed them and didn’t take them seriously. Luckily, there have been changes in attitude toward women’s roles historically.

Now, we can examine ancient rulers like Enheduanna as part of a long tradition of women writers in history. Enheduanna wrote in first person, inserting herself and her convictions into the narrative.