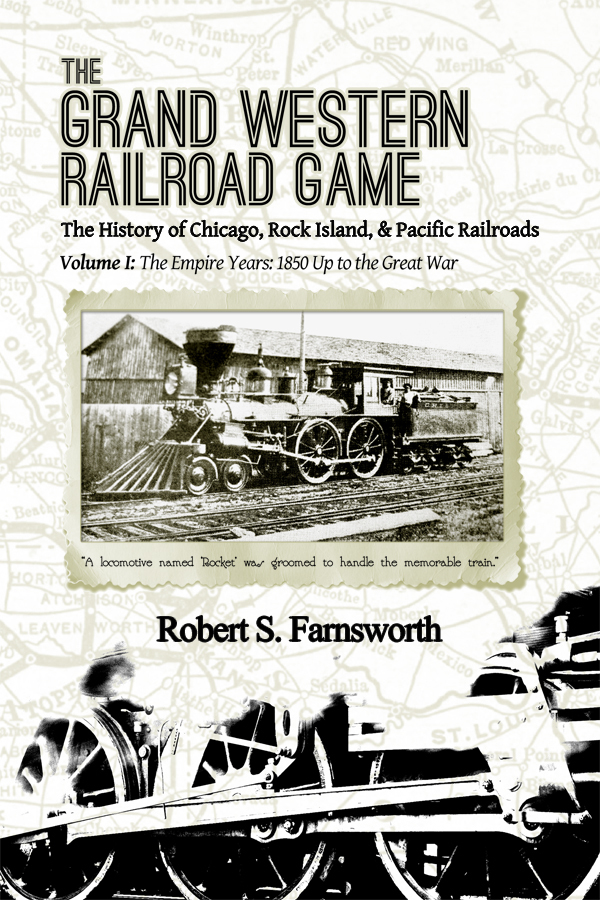 The Grand Western Railroad Game is a brand-new title just added to the Dorrance Bookstore.

The pages of this book are filled with fascinating details aimed to educate readers on the intricacies that went into not only the creation but the overwhelming growth of the Rock Island System that took place during the “Empire Years.”

A fun fact that you might not have known about, but one that Farnsworth brings to light, is that the railroad’s premium passenger train service inspired the popular song, The Rock Island Line is a Mighty Fine Line!

As writers, we all understand that we find motivation from various sources. Whether it’s to make a dream a reality or to leave a legacy, we all have our own unique sources of motivation.

For Farnsworth, his motivation was to bring to light the captivating history of the railroad industry. In his own words, “I wrote this book not from just the viewpoint of a rail fan, hundreds of whom have diligently photographically documented the railroad’s passage through time. But (also) from the viewpoint of a former employee, and from the insights gained from a broad education in both the university and in the experience of a practiced transportation planner. I hope that the reader will learn from the stories told here that the workers tried valiantly to do their jobs, that the line’s managers were forced to play with the hand that was dealt to them from a less than full deck, and that investors expected to get a reasonable return on the often gigantic sums paid into the corporation.”

Farnsworth eloquently and intricately weaves a narrative through the pages of The Grand Western Railroad Game that he hopes will help his readers understand on a deeper level the railroads and the conditions in which the workers survived, if not prospered.