Creaky floorboards leading down into a dark and dingy basement, where you can hear a distant rustling. Rounding the corner in your home to find a pool of blood, dripping down from an unknown source. Listening intently, low and labored movements, trying not to breathe for fear of being overheard. Admittedly, some of these are a bit cliché. But there is a special kind of feel to a mystery novel, one that you can’t find anywhere else. It’s an elusive combination of suspense, fear, tension, and a sense of unease- avid mystery readers get addicted to that feeling. But, as a writer, how does one cultivate that feeling? Here are some tips: 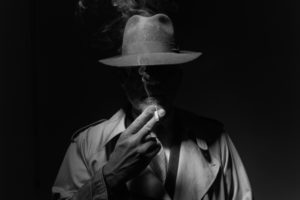 1) Introduce your Detective, Culprit, and Crime Early On

One of the most important aspects of a mystery novel is the payoff. Your protagonist needs to go on a journey, search for clues, and it needs to amount to a satisfying climax. It’s made satisfying when the reader can go back and find the clues you left them throughout the book. That may seem tricky, but the first step to getting there is making sure you’re introducing all the key elements to the story as soon as possible.

The protagonist of the story must always be ‘the detective’. Not to say that they have to work in law enforcement, but rather that they need to be the one trying to piece together the clues. Then there’s the culprit, who should also be introduced in the beginning. The longer the audience has seen that character in the story, the more shocking and satisfying the payoff at the end. Finally, experienced writers recommend introducing the crime within the first three chapters of the book (at least). That may seem tricky, but waiting longer would risk losing some readers. Mystery fans are reading for the crime. Give the people what they want.

Another key element to weaving the mystery novel web is believability. One of the biggest ways to ruin a mystery novel is getting to the climax and realizing the crime wouldn’t physically be possible. Your readers will feel cheated by this. It’s your job to make the crime real. This may require some questionable google searches on disemboweling and knife wounds, but we promise your readers will thank you for it. Make sure you know every detail of how the crime occurred, as though you’re a lawyer presenting to a jury in a court of law. Think of the timing, the murder weapon, the perp’s movements, motives, fingerprints, blood, hair- everything.

The other facet of believability is in the solving. Make sure your protagonist isn’t having suspicions or drawing conclusions out of thin air. Every time they get a step further in the mystery, there should be something tangible that they experienced, saw, or remember that led them there. 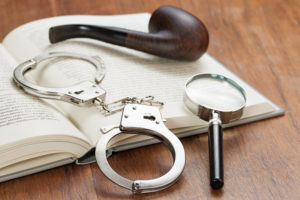 Now, this may seem contradictory to what we just said, but hear us out. While the reader should always be able to see clearly where your protagonist’s head is, make sure you’re not over-explaining. For example, say there’s a vase in an apartment that is (eventually) going to be the place where the murder weapon was stashed. Don’t write a whole paragraph about the vase- write a sentence. You should be merely leaving clues for the reader throughout your novel. Some clues your protagonist may notice, but others your readers may notice first. Don’t make it too obvious where the reader should be looking. Otherwise, you’re taking the mystery out of mystery novel.

This is possibly the best tool for the mystery novel writer. The toughest part of writing a mystery novel is trying to make the reader surprised and satisfied with your ending. It involves a very tricky juggling act between leaving clues while also not making the clues too obvious. That’s not an easy balancing act. Your best tool to achieve this is to use what are called red herrings.

A red herring is a clue or a piece of information which is intended to be misleading or distracting. In order to surprise your readers by the end, you have to lead them down some false trails, distract them, and make them miss some of your clues. You could include a character that is initially acting suspiciously. You could have your detective find a clue, only later to realize it was placed there by the villain to lead them the wrong way. You could even have an object that seems to have more significance than it really does. Whatever route you choose, distraction is the key. 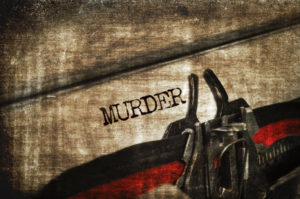 5) Create Suspense through Dialogue and Character

The other tricky part of crafting a mystery novel is creating suspense. Creating a good crime is part of that, but there are a few other facets to keeping suspense consistently high throughout the novel. The first is character and character development. While the plot of a mystery novel is crucial, in order for readers to care about the journey, they have to care about the character. You want your reader to love your protagonist- to care about their safety, desires, and overall success on their journey. This will only happen if your character is well-written, so spend time really fleshing out who your detective is (as well as other important characters in the story).

The other facet of this is dialogue. Every second of your story must keep the reader on edge, so use dialogue to further engage your audience. Have a character lie, while your protagonist knows they’re lying. Have another say or do something unexpected or out-of-character. Your detective should be pulled in a lot of different directions and, once the mystery starts, virtually every conversation they have should make them feel uneasy in one way or another.

Though the prospect of tackling a mystery novel may seem monstrous, if you work hard at mapping out your plot and characters it becomes a lot less terrifying. Much like a Scooby Doo episode, the monster isn’t ever as scary as it first appears.