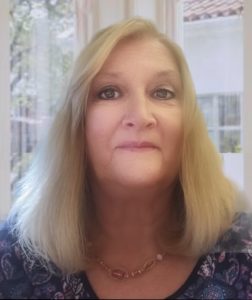 CC: I saw the story on tv and felt I wanted to get into his mind because what he was saying made no sense. I felt called to find out the truth of what and why Christopher Watts could have done this heinous crime to his wife and children. After going into the prison myself, I felt I got into the mind of a killer. It was important to me to hear his own words and the darkness that surrounded him. Why he murdered his little girls then made the decision to put them in separate oil batteries. Innocent little souls that did nothing to deserve their father’s sick mind. Why would he murder his pregnant wife? Before this night Shanann and the girls thought they were living a happy life.

CC: It took me about 8 months to write the book. There were many long days and late nights, visits with the killer himself, close to 100 phone calls, and thousands of words in letters he wrote himself.

DP: What did you learn while writing this book?

CC: That there are very common characteristics in sociopaths. He comes across as this nice, helpful next-door neighbor, but his mind was filled with evil plans to kill his family that no one else knew. He harbored these plans as he was having a sordid affair…an affair that he later blamed on being the basis for why he needed to clear his life of the very people who loved him most.

CC: When I hit writing blocks, I would close the computer and do some things that are therapeutic for me: get a massage, go to Starbucks, meditate, take a walk in nature. After that, when I’d come back to the letters and reflect on the things he told me, I was able to continue to write. There was so much that needed to be told.

DP: What was the most challenging part to write and why?

CC: Hearing the horrific details of the murders from the murderer himself was difficult. Hearing how he took his baby girls and so coldly put them in these oil batteries. It was hard visiting a murderer and having to be thoughtful and kind to someone who later sought attention and enjoyed becoming famous.

a. One character/person from any book:

CC: Ronald Regan. Smart man. I would have loved to hear his wisdom. Most of all what caused him to make some of his decisions. To talk to him about how he handled people making false judgments of him. And how he handled it so it didn’t affect him.

b. One film/TV character:

CC: Meryl Streep. I’d like to talk to her about how she could make Sophie’s Choice knowing so many people had to make those decisions in real life.

CC: Truman Capote or Ann Rule because I would love to hear how they went about writing the stories they did. How they got into the heads of murderers and is there a common way for them to do this.

CC: Golfing, reading, anything nature, traveling. These are all therapeutic things. Nothing more refreshing than taking a walk in nature or riding a bike down a path in the woods.

CC: I do keep a journal. However, some days it’s hard to have the time to journal.

CC: I haven’t celebrated yet. I plan on having a book party, but the book took such a leap out of the gate that it is hard to pin down a time to celebrate.

DP: What did the subject(s) of the book think of it?

CC: Christopher was happy until he saw it all in print, and with the problems from his family, it’s hard for him. He always does what he is told. He was conditioned to do that. His mother didn’t want the book because it was admitting what she has fought against from the beginning- saying he couldn’t have killed his girls. So he was upset with the final product even after being aware of the book’s content all along.

CC: Dorrance was quick and professional. Always returns calls. I felt my cover captured the essence of what had happened. They made publishing a book very easy.

CC: Gone With The Wind, In Cold Blood, Happy Face, Small Sacrifices, Dr. Death: Life of a Serial Killer. These are all my favorite reads. I like the authors as well.

CC: Stay out of the spotlight until the book is released. Not feel like I had to do it so quickly. I also wish I had printed pictures and the letters Christopher had given me. 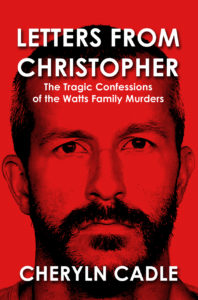