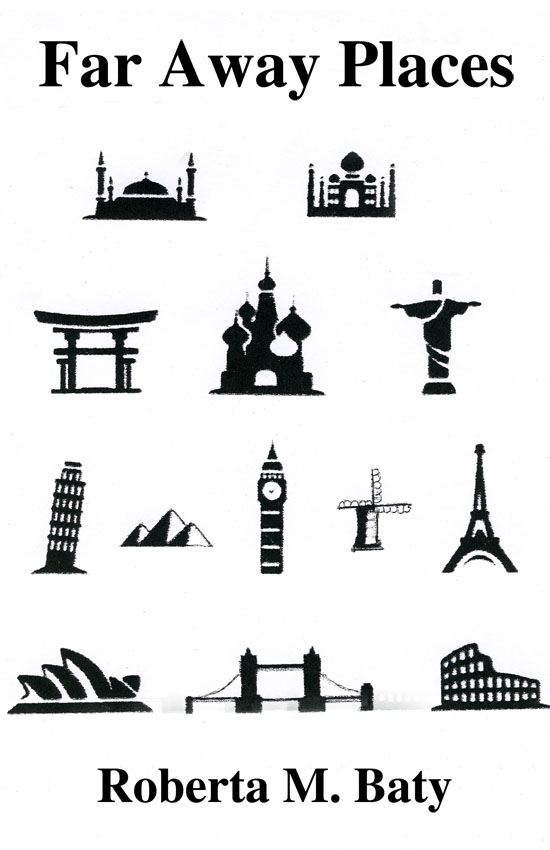 For many, traveling the world ranks high on their bucket list. For Dorrance author Roberta M. Baty, a vagabond at heart, she discovered her knack for writing as she traveled to more than 65 foreign countries.

Her book, Far Away Places, is a collection of memories from her time of travel. Baty’s journey began at the age of 29 when she vacationed to Hawaii.

It was that trip that ignited her fire for exploration and travel. In fact, she loved Hawaii so much that she decided to move there to make it easier to travel to Asian countries and the South Pacific.

When it comes to Baty’s bucket list, there isn’t much she wants to do that she hasn’t already done. Seeking new horizons is what fuels her passion for travel and exploration, and as an adventurer; this has been and perhaps always will be her philosophy.

The adventures that Baty chronicles in Far Away Placesseem to be right out of a movie. She’s traveled the world in an airplane, dived into the depths of the sea, ridden in a submarine, spent a week in the Amazon, visited the tallest mountains, rode a camel around the Great Wall of China and so much more.

She wanted to do these things and that’s exactly what she did.

The world as we know it is a vast place with adventures tucked away in every corner. Though there’s so much to do and see while on this earth, there’s still a sense of limitation that Baty describes in her book.

It’s not driving a fancy car with all of the bells and whistles and it’s not about wearing designer clothes and shoes that define a fulfilled life. At the end of the day, all that matters is the heart.

Before she set out to see the world, the days before her adventures were just that – days. As Baty ages, now more than ever, she feels her days fly by more quickly. Her life leading up to this moment is what she believes to be but a shadow of what awaits in Heaven.

Her focus now is placed immensely on the storing of treasures in the place that is really important. A place where her eighty years here is about sixty minutes there. A place where, even with all of her reading and studying, she still knows very little about – one thing she knows for sure though, she wants to go there.

This place is a place that when people ask her about it she replies, “Ain’t been there, ain’t done that yet, but I will.”

Her motto is: “Seek new horizons and you will discover the world” and if you read this 164-page paperback, you too will experience what life’s like in Far Away Places.