All writers know that moment– that gorgeous ‘aha’ moment when a fantastic idea comes their way. We all know that hurried way we reach to our notebooks (or even our phones) and vigorously jot down everything we can before it slips away. And we all know that eye twitching, foot tapping, addict feeling of needing to start writing it. But, before you begin turning that idea into a book, there are some choices you need to make. One of the biggest choices is deciding whether that idea would work best as a standalone novel or a series. Initially, it may seem like a standalone is the easier and safer choice. A series can feel like a very daunting task to undertake. But there are actually benefits and drawbacks to both forms. 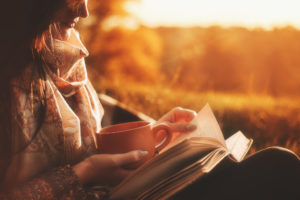 A standalone novel requires a lot of preciseness. It is a self-contained story so, for readers, it will feel clean and complete within itself. However, because the story will be contained within the confines of a single book–rather than several–not a single moment can be wasted. Every scene has to be important and purposeful, you don’t have the liberty of being able to write cute or heartfelt scenes that don’t advance the plot or develop your characters…it’s crunch time. When writing a standalone novel, every scene needs to answer the questions: How does this further the character arc? How does this further the plot?

This also means preciseness in terms of charting out the plot strands as a whole. A standalone novel must have a main thread that is being followed clearly, so don’t make the plot too complicated. There can be side plot points as well, but there has to be a clear narrative structure. If things get too complicated, you most likely won’t be able to come to a satisfying resolution by the end. Speaking of which, with a standalone novel you absolutely need a satisfying ending. That doesn’t mean a happily ever after per say, but because there won’t be another book you can’t end on a horrible cliffhanger. You have to give the readers–and the characters–the ending that they deserve. 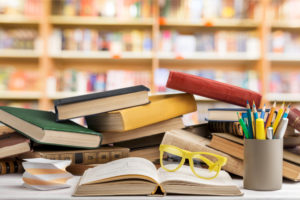 A series is a completely different beast. Think of it in terms of the cinema: a standalone novel is like a movie whereas a series is like a TV show. Because you have multiple books to fill, you’re given a lot more freedom in certain ways. You can have super complicated and intricate plots with overarching themes that will be revealed by the end of the series. Readers will also be able to spend more time with your characters and thereby grow to love and care for them more. However, because you have more time, readers have higher expectations. They want plot points that relate back to the first book of the series: they want continuity and consistency and surprises. You’ll need to do a lot more work charting out your series as a whole, rather than just letting it happen as it goes along and seeing where you end up.

Because a series is longer, you have the freedom to write those little funny or sentimental scenes that may have got the ax in a standalone novel. However, be warned: your pacing must remain consistent. How many times have you heard the phrase, “The second one wasn’t as good as the first one…”? We’re guessing quite a lot. Authors tend to exhaust their ideas in their first book to win over readers and then the pacing of the second book ends up way slower because they’re using filler info. Make sure each book in your series is comparable in terms of pacing, plot/character developments, and payoffs. 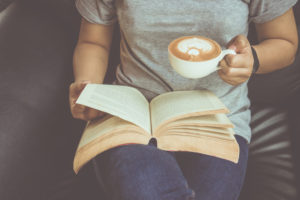 What’s right for you?

When deciding whether your idea should be a series or a standalone novel, focus on how complex or simple your book idea is. For example, fantasy and sci-fi books typically work best as a series because those ideas are really complicated and take longer than the length of a single book to tell the full story. On the other hand, contemporary novels typically work best as a standalone. This is obviously not true in every case, so make sure you think through your idea and how long you’ll need to tell the full story. If you feel like it’d be hard to condense the idea into one book, go with a series. And if you feel like it’d be hard to figure out how to expand your idea into multiple books, a standalone is probably your best move. Don’t force your idea to be something it’s not.