Think about a moment when you were growing up and one of your parents did something that stuck with you. It could be when they ran over and cleaned you off when you fell in the mud and started crying. It could be the first time you played catch with your dad growing up or when your mom read you a bedtime story. It could be the time your mom yelled at someone on the subway and you realized she’s a real person out there in the world (in addition to being your mom). Looking back on your life, there are a lot of moments that stick out to you when your parents did something that informed how you think about the world. Today we’re going to examine parent/child relationships in literature and how to write them while showing rather than telling. 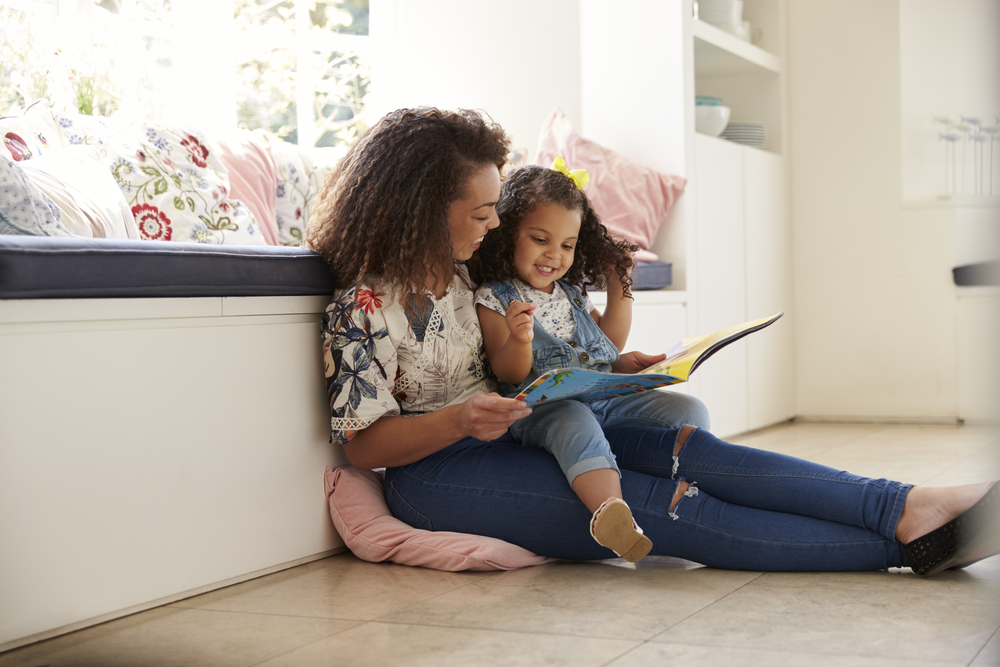 Parent to child relationships are very unique as it involves two lives shaping one another in a lot of ways. Primarily we think of children being shaped by their parents, but the reverse is possible as well where a parent can be affected by something their child says or does. How you portray the relationship and who is being shaped in the scenes you write depends on the point of view of your story.

As with any manuscript, your protagonist should be the one who has an arc and who is continuously changing as the story progresses. Therefore, whoever’s POV the relationship takes place from should be the character that is being shaped by the scene. For example, say you’re doing a flashback to a childhood memory your protagonist has. The memory should be of an event or occurrence where their parent said or did something that affected them, not the other way around.

Events or words exchanged between parents and children in literature can either have a positive or negative impact on the person being affected in the scene. It doesn’t have to be completely black and white, you can create some bittersweet moments between them, but ultimately the reader should be able to see how and why the moment affected your protagonist. In addition, if you’re doing a coming of age story where a large focus is a relationship your protagonist had with their parent, it would be best to balance some positive and negative impact moments so that the whole relationship doesn’t feel one dimensional.

A moment with a positive impact is a moment where the parent teaches their child (or vice versa) something important and positive that they’ll hold onto. This could be done through an actual sit down where they give their child advice, but it can also be more subtle by just having the child observe a virtuous behavior from their parents and learn from their actions. 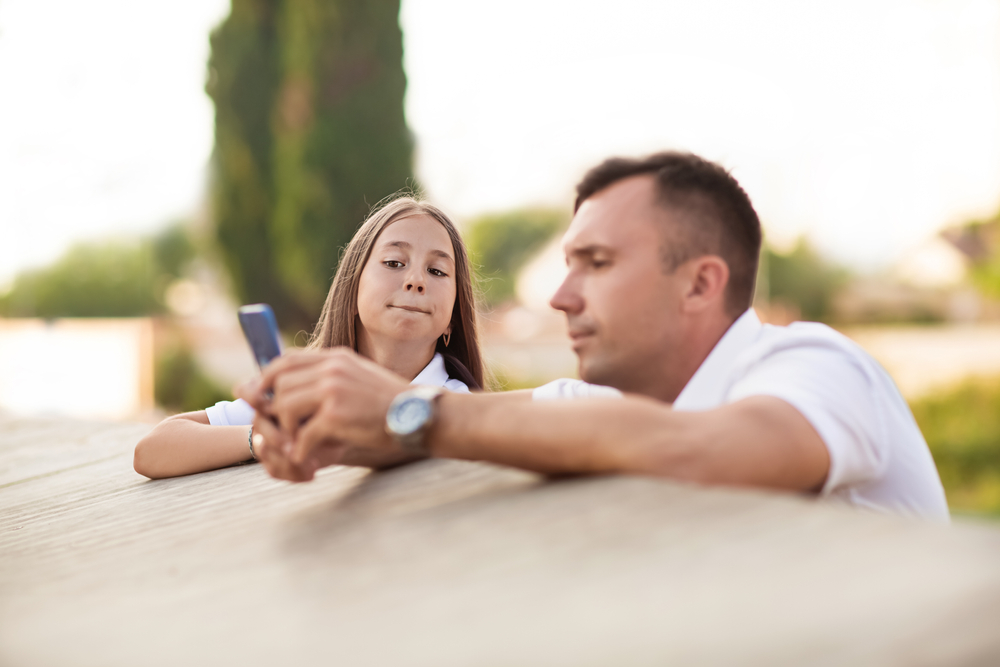 Just as there are moments where parents impact us positively, there are moments they impact us negatively. As much as every parent wishes to the contrary, not one parent has done every single thing perfectly. If you’re displaying a parent to child relationship that your character views negatively, then you’ll likely flashback to or write out a lot of scenes where they have negative interactions with one another. In addition, if your book largely focuses on a parent to child relationship, it’s important to balance out the positive and negative aspects of their relationship (even if we’re largely meant to view it in a positive light).

Negative impact moments can also come in many forms. When you think of a negative moment, your first thought is likely about a parent yelling at their child. But it could just as easily be a moment of neglect where a child is asking their parent to play with them or talk to them only to be rejected. It could also be a child witnessing a behavior from their parent that they view negatively, which could be anything from a substance abuse problem to a gossiping problem.

The primary manner of showing relationships is through action, mannerisms, body language, dialogue, etc. Obviously a character’s behavior, speech, and mannerisms around their parents or children are going to be very different than how they’d behave around friends or a romantic partner. Perhaps they try not to swear out of politeness or they’re quicker to be annoyed at very little. Maybe a child will lean their head on their parent’s shoulder or kiss their cheek or hold their hand to show affection. Perhaps the parent will lay their child’s head in their lap and pet their hair to help them relax. Think about the types of physical mannerisms that you display around your family or that your friends display around theirs. Think of how you edit your speech, even unconsciously, when you’re around your parents. 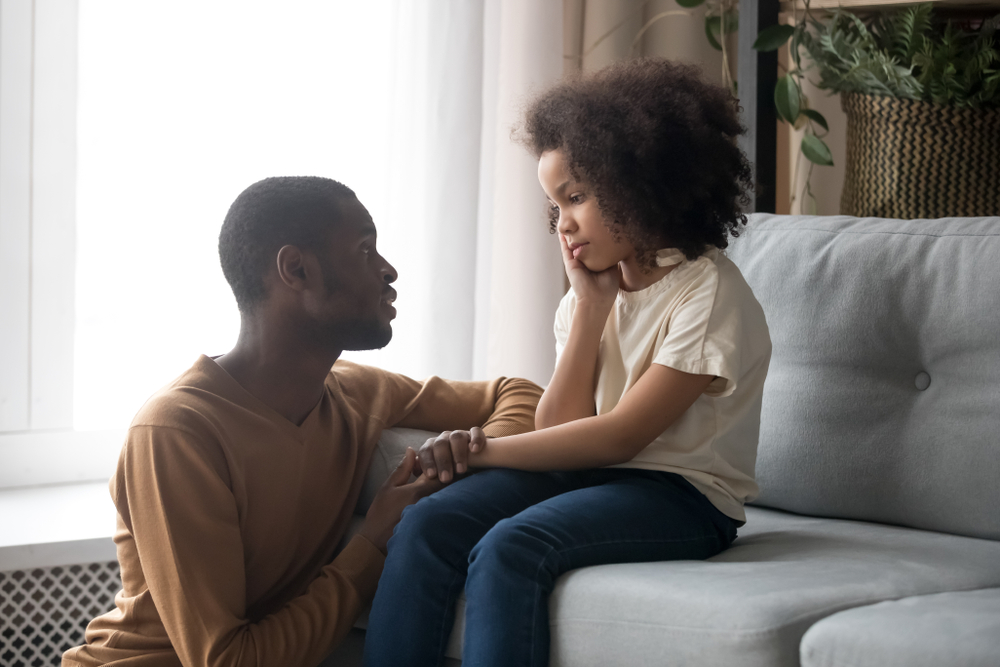 5) Attitude toward other family members

Another aspect that can partially shape a parent to child relationship (and show readers how they’re supposed to feel about it) is the parent or child’s relationship with other family members vs. their immediate relationship with one another. Let’s take a mother and daughter relationship as an example. If the mother is pulling aside the daughter and giving her secret gifts or confiding things in her that she says ‘don’t tell your siblings’, your reader will get the sense that they have a closer bond or a unique bond compared to the other kids. If, however, we see the daughter trying to make time with her Mom, but Mom keeps making plans with her son (daughter’s brother) instead, that is new and important detail informing how the reader is meant to feel about their relationship.

6) Attitude toward the world at large

Children will have rare moments every once in a while where they view their parents as just people rather than just their parents (the same applies to how parents view their kids). Giving your protagonist moments where they get to observe how their parent (or child) views the world will allow them to see them in a different light than they do otherwise. For example, perhaps Mom is super loving and sweet at home, but out in the world, she’s tough and no-nonsense. This could tell her child that perhaps this is closer to what her real personality is like, but that she just has a soft spot for her family. On the other hand, it could also tell her child that she’s protective or views the world negatively as though it’s out to get her, so she feels that she has to put her guard up around strangers. Creating moments of observation like this for your readers to witness allows them to watch as your protagonist learns more about their parent/child, but also allows them to see those revelations for themselves.