As writers, we’re exercising our brains on a daily basis. But, when it comes to exercising our bodies… well, let’s just say walking across our bedrooms to grab our laptops doesn’t count. Most of us are fairly content with our workout routines (or lack thereof) because our lives revolve around our writing. We’re quick to jump on the latest creativity-boosting teas, but how could exercising possibly help our writing? As it turns out, there is a lot of evidence that working out helps the brain work more creatively (yes, we can hear you groaning). So we’ve compiled a list of some exercises that will help get your creative juices flowing and, spoiler alert, you’re going to be mad at us: 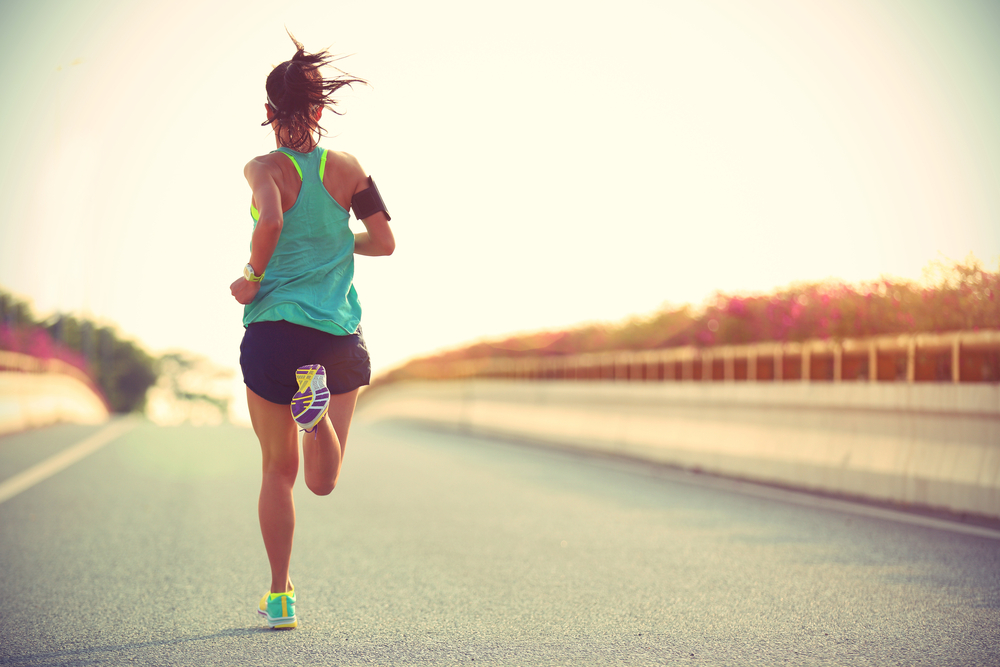 We know you’re already screaming at the mere thought, but try to keep an open mind. Aerobic workouts like running stimulate what is called the Brain-Derived Neurotrophic Factor (BDNF), which encourages the growth of new brain cells and the hippocampus. It has been theorized that the hippocampus (for the non-biology majors) plays a major role in our ability to imagine the future and think creatively. Haruki Murakami, along with several other writers, cites running as a helpful tool to their creative process. Murakami has stated that he runs on a daily basis and has said in an interview with Runner’s World in 2005, “I try not to think about anything special while running. As a matter of fact, I usually run with my mind empty. However, when I run empty-minded, something naturally and abruptly crawls in sometime. That might become an idea that can help me with my writing.”

Running boosts the brain with oxygen, which further enhances our cognitive skills. It also produces endorphins, which help to release stress and feelings of self-doubt (which we writers know all too well). So, is running the bane of our existence? For a lot of us, yes. But we begrudgingly admit that it provides enormous benefits on a creative level.

A lot easier to stomach for most people, walking is another exercise that involves great creative benefits. A 2014 study by scientists at Stanford University showed that walking significantly improves certain types of creative cognitive features. Some of them include convergent thinking (the ability to come up with solutions to a problem) and divergent thinking (conceiving original ideas). These brain functions are not exclusive to walking, however, and can be benefited by virtually any type of physical exercise. Although you may not be getting the same cardiovascular benefits as the runners out there, walking is a fantastic way to clear your head, enjoy nature, and get those creative juices flowing again. 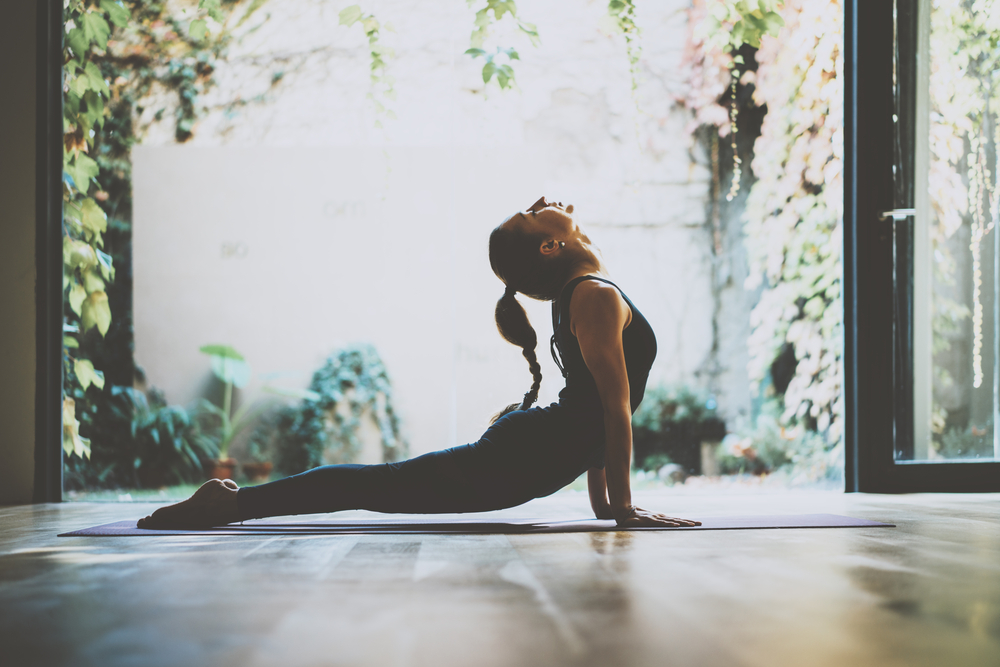 Arguably as focused on exercising your inner self and outer self, yoga puts an entirely new spin on exercise. We already know that physical exercise can improve several cognitive brain functions and yoga takes that creativity onto a more spiritual plain. The focus of this practice is not simply on physical exercise, but also on calming your mind, building awareness, clearing your mind and opening yourself up to inspiration. Sounds a lot like something writers could use, right? Not only that, but yoga also helps reduce your stress levels and improve your sleep- all without making you put on runner’s shoes. There are even specific yoga poses intended to produce creative flow and inspire you.

And you’re back to hating us. We’re sorry, but (similarly to running) High-Intensity Interval Training workouts have been proven to not only boost your BDNF but also improve memory and cognition which in turn boost your creativity. For those of you who are work-out novices, High-Intensity Interval Training is a form of cardiovascular exercise where you alter periods of intense anaerobic exercise with less intense recovery periods. People are often under the misconception that running at a steady pace for an hour would be much harder than alternating running and walking. But when you alternate between sprinting and walking its actually much more difficult because your heart rate is fluctuating rather than remaining at a steady pace.

For anyone who’d like to try something like this but have no idea where to start, we recommend checking out your local gym. They may offer a kickboxing class or spin class that will really get your blood pumping. There are also several apps that offer HIIT workouts if you’d like to do them independently.

In addition to the workout benefits listed previously, weightlifting has its own pros. According to The New York Times, weightlifting strengthens the heart and improves blood flow to the brain which, in turn, allows you to think more creatively. Though an exercise that involves so much technique and precision can be intimidating to some, there are several apps available to help. For the novice or introverted writers who aren’t thrilled by the prospect of having your technique critiqued, we recommend buying a light set of weights to start with and using the apps to practice your form until you feel more comfortable. 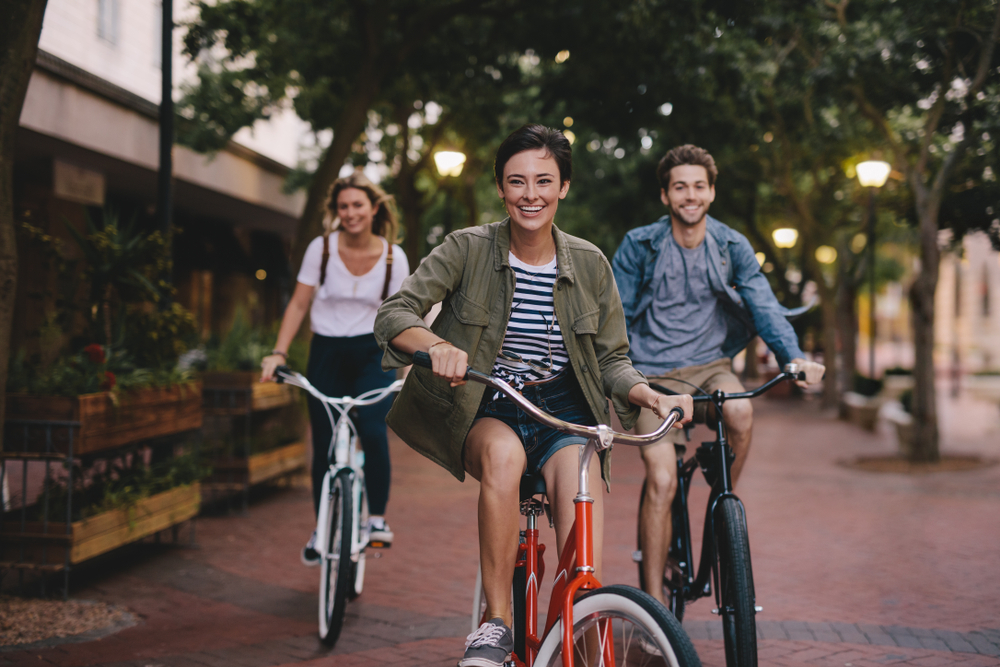 Finally, an exciting one! That’s right, biking can be another great way to boost your creativity. It has all of the same benefits of walking or even running (depending on the intensity) with all of the fun of…well… biking. So for anyone who read this article and groaned at every other point on this list…we recommend starting here. Start with an exercise that you’re actually excited about and force yourself to get into a regiment of biking on a regular basis. Once you get those endorphins going and start feeling those creative juices flowing, some of the other points on this list may feel a bit less scary.