A young boy, aged 11, is told by a half-giant that he’s been accepted at the finest wizarding institution in the world. A young girl struggles with extreme anxiety as she and a friend investigate a fugitive billionaire. A teenage girl volunteers for a life-or-death game in place of her younger sister. Each of these ideas may sound like it’s from an entirely different genre, but they can all be found in one area of your local Barnes & Noble: the Young Adult section. Though books in this genre may have varying subgenres, they all fall under the YA umbrella as they each target (primarily) a teenage and young adult audience. Now, if the subgenres can vary, what makes something a YA book vs. an adult book? And how do you go about writing one? 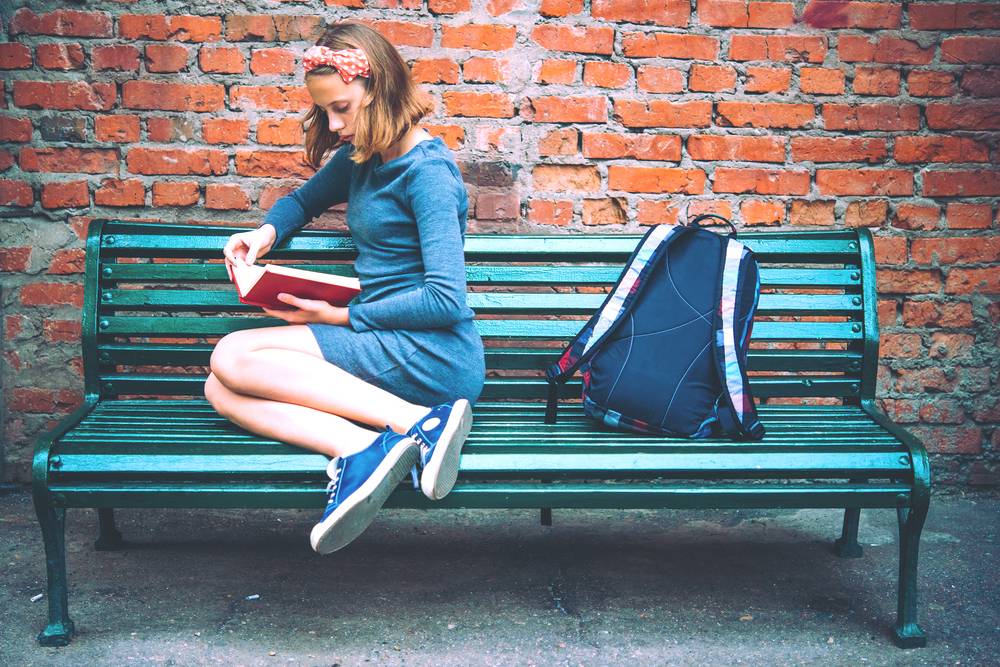 1) Don’t Dumb Down Your Writing

People often make the mistake of assuming YA books need to be dumbed down for a younger audience. But, in reality, all YA really means is that you have a teenage protagonist. Of course, there are a few restrictions on cursing and any explicit/sexual content, but aside from that, it’s like writing any other novel. And, because of the growing popularity of YA books in the adult community, you want to appeal to a wide age range amongst your readers. Therefore, when you’re going into writing, don’t worry about dumbing yourself down or editing your language (unless you have a potty mouth).

The trickiest part of YA writing is putting yourself in the mind of a teenager. When choosing a POV, for example, if you choose the third person past tense you can’t write from the perspective of an adult looking back on the naivety of their teenage years. Although that would likely be much easier, that’s not a perspective that will appeal to teenage readers. They don’t want to read about an adult who’s already developmentally light years ahead of them; they want to read about someone who has characteristics they recognize and struggles/insecurities which they can relate to. And the adults who read this genre want to feel like they’re putting themselves back into that mindset as well.

Along those same lines, one of the biggest mistakes you could make as a YA writer is making your teenage character a reflection of how you now feel about teenagers. Typically, once we’ve all passed that phase in our lives, we look back and think of our teenage selves as naive, foolish, or even downright annoying. And that feeling may even extend to modern teens in general. But, at the time of your teenage years, the experiences that you have and the mistakes you make are real, emotionally charged, and important to you. You have to put yourself back in that mindset, the one where a boy you like saying hi to you is the most important thing that happened to you that day. The one where someone making fun of the shoes you wore made you question your worth as a person. Because if you write a protagonist who is just yelling at people, being moody, and making stupid decisions that the much smarter adults warn her against…approximately 0% of teenagers will relate to that character. 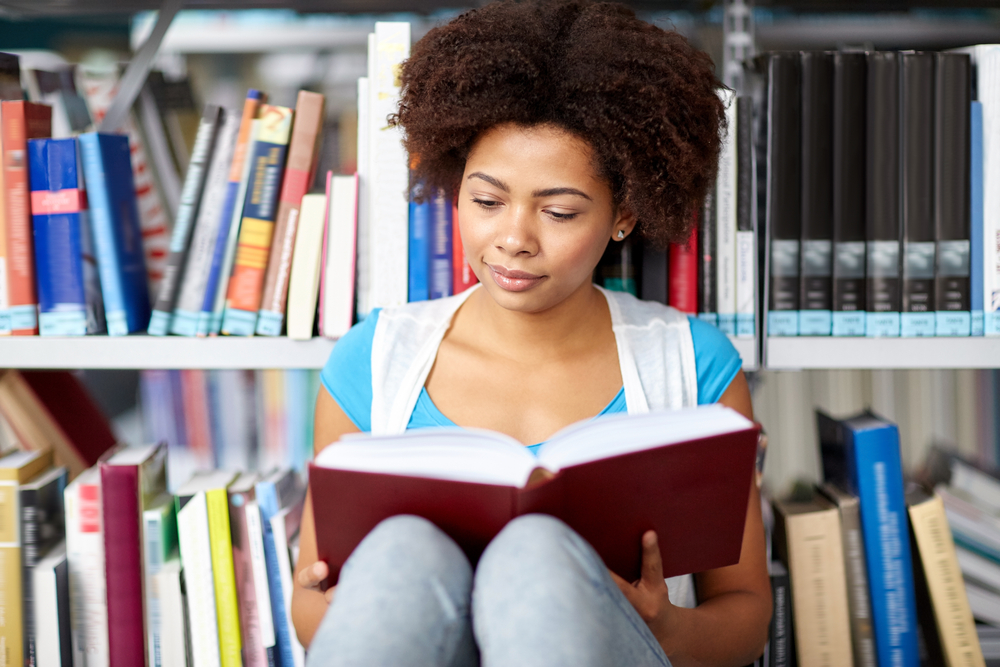 4) Avoid Tropes and/or Put a Unique Spin On Them

For those unfamiliar with the genre, here are a few YA tropes that are very common among all facets of the genre (YA sci-fi, YA fantasy, YA contemporary, etc). The first is Insta-love, which is when your protagonist sees their love interest for the first time and gravity shifts and the world turns differently and everything changes in that single moment and…blah, blah, more gushy stuff. This is a trope you should avoid at all costs. While it may seem romantic initially, it’s also incredibly unrealistic and won’t align with anything a reader could relate to. Love is something that happens over time–use scenes throughout the book to build it up. Another common trope, especially among YA dystopian books, is the reluctant hero/chosen one. The protagonist is the only one who can save everyone, but he/she just wants to be a normal high school student… There are several other tropes you’ll find throughout YA (enemies to lovers, love triangle, dead/missing parents, etc). We’re not suggesting you avoid these tropes completely, but if you’re going to use them at least give them their own spin so readers don’t find them so predictable. Except for Insta-love–avoid that like the plague.

Another common mistake among YA writers is creating archetypical characters instead of unique individuals. We’ll say it again for the people in the back: teens are not stupid. They’re intelligent with growing minds. Making your characters simple and stereotypical isn’t going to make them easier to relate to. People aren’t as simple as ‘the bully’, ‘the nerd’, ‘the tough girl’, ‘the jock’, ‘the popular girl’- and teens are more aware of that now than ever. They, as well as adult readers, want to see authentic, three-dimensional, complicated characters because that’s what people are actually like in the real world (and in high school too).

Another thing teens can smell from a mile away? Pandering. The most obvious sign of pandering in teen/YA writing is if you try to use slang that you feel like they’ll understand. Don’t say that party was LIT, or those tacos were FIRE because, very quickly, teens will start to feel like they’re reading a book meant to mock them rather than relate to them. You need to adapt your voice to that of a teenager but remember: teens don’t speak an entirely different language.

As with any genre, one of the best tools for perfecting your writing is to look to other writers as examples. Checking out successful writers of Teen/YA books will help you learn what you’re doing right, what you’re doing wrong, and even what your book may be missing. To help you get started, we’ve compiled a list of some of the top Teen/YA books from different decades throughout history. How many have you read? 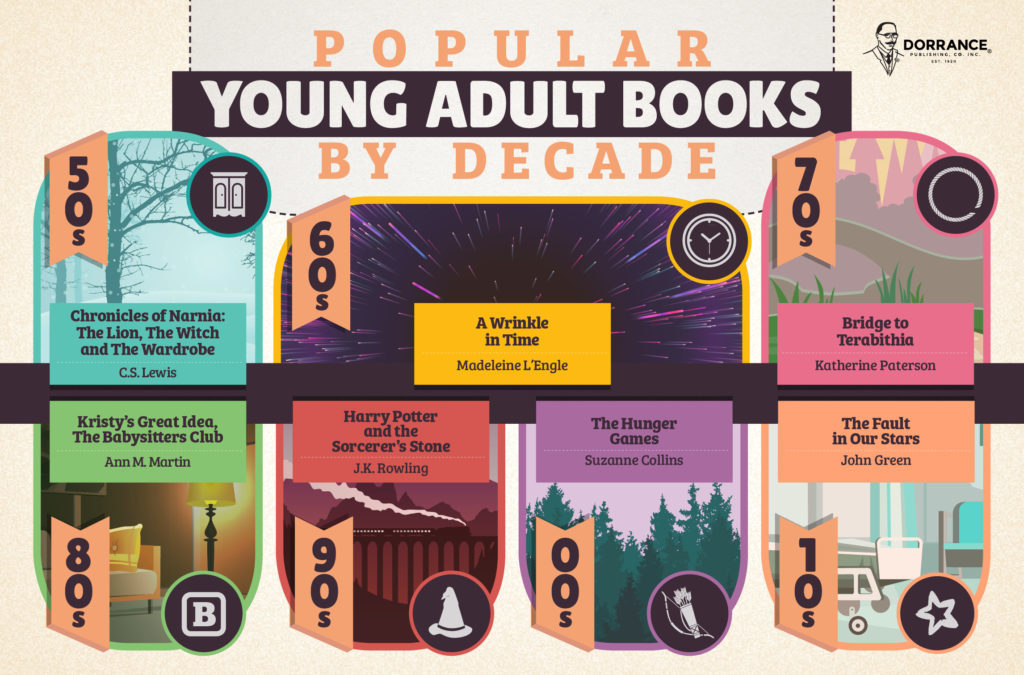