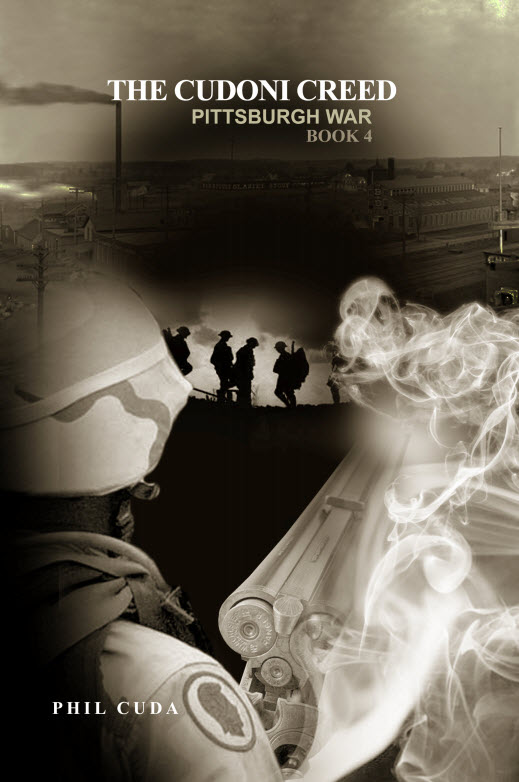 Though Dorrance is America’s oldest publishing services company, our services aren’t limited to just the United States. In fact, authors all over the world have taken advantage of our publishing expertise. In fact, this author is from all the way in the land down under!

Born at the end of World War II in Italy, Phil Cuda’s family moved to an area of Australia where they had extended family. It was important for them to keep their Italian traditions close to their hearts with hope for the future.

Aside from numerous trips to Italy to research his family’s roots, Cuda also traveled to America to learn more about the lives of immigrants who made their way to Pittsburgh, PA (the home of Dorrance Publishing).

“It is the 29th January 1910, eleven years since the first Cudoni brothers left Italy, for Pittsburgh, USA.”

This is the first line of The Cudoni Creed: Pittsburgh War – Book 4, a novel that tells the story of a man and his brothers as they evade the threats and prosecution of the vicious Cosa Nostra (Sicilian Mafia) that’s running rampant in Pittsburgh.

Much to the dismay of the Cosa Nostra and their tenacity to rule all Pittsburgh Italians, the Cudoni brothers aren’t submissive because the words of their creed teach them to be strong and to stand their ground.

Throughout the pages of The Cudoni Creed, readers follow the lives of the Cudoni brothers as they stand up against the Cosa Nostra, which leads to an all-out war with a love triangle intertwined. Who will stand victorious? That question can only be answered by reading this Dorrance-published book!

The Cudoni Creed is hot off the press and has found its home in the Dorrance Bookstore.