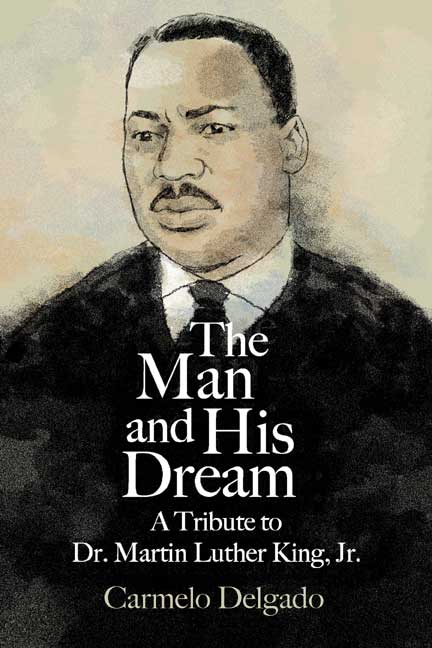 February is Black History Month, an annual observance of the achievements made by African-Americans.

Delgado’s journey began when he was born in Collores de Humacao, Puerto Rico. After he had finished the ninth grade, his parents moved his family to New York City so that he could get a job and help provide for the family. With the added responsibility, Delgado didn’t graduate from high school.

At the age of 27, he enrolled in evening high school and received his academic diploma. His hunger for education led him to the City University of New York, where he received his Bachelor of Arts degree –  the first person in his family to do so. He finished his schooling by getting a Master’s Degree in public administration from John Jay College of Criminal Justice of New York.

Though all of those years of studying and juggling a job kept him extremely busy, from a very young age, Delgado made it a point to find time to compose poetry. Up until now, his writings were kept in a briefcase, read only to close family and friends.

This Dorrance author finds a parallel between his dreams and aspirations with those of Dr. King, as he brings to light the misunderstood soul of a migrant who takes risks to make his dreams a reality.

There are many themes in this poetry collection, some of which are centered on the life of the poor, disenfranchised, and those coming from broken homes and living in the ghetto.

The sadness that can be felt in each verse is counterbalanced by the hope that inspired those who dreamt of improving their place in life, while paying homage to the messages of peace and equality that Dr. Martin Luther King, Jr., so eloquently articulated to the masses.

If you dare to dream, Carmelo Delgado’s The Man and His Dream: A Tribute to Dr. Martin Luther King Jr., is the book for you.