Have you ever listened to someone tell a story that had no point? A friend may tell you about a walk they took in the park or how they picked up their dry cleaning or made the major life decision to play Bingo on a Monday night. No matter what the story was, it was as riveting as hearing your grandma recite her grocery list to you on a Saturday night. 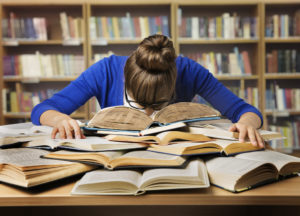 You may spend a great deal of time helping your reader visualize your setting. You may give a character description that leaves your reader convinced they’ve met the person you’re describing. You may even write a story with a theme you feel is not only relevant to today’s political landscape but will also withstand the test of time.  No matter how much detail you provide, however, if there is no conflict in your story, you haven’t written anything worth reading.

As a writer, you should fully understand the three different types of conflict and how to apply them to your manuscript. Every story should have at least one. Great stories have all three. 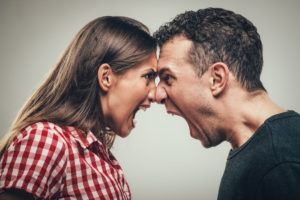 This is the most common type of conflict you’ll find in a story. Think good guy versus bad guy. Protagonist versus antagonist. Batman versus The Joker.  One character is preventing another character from achieving his goals.  Most stories have this element. But the key to writing it well is remembering that SOMETHING needs to happen between these two characters. How is their relationship tested?

Conflict: Character versus The Outside World

In this type of conflict, your surroundings are preventing your character from meeting his goals. Imagine a father-to-be finding out his wife went into labor.  As he runs to his car, he sees it being hitched to a tow truck. It’s being impounded because of unpaid parking tickets. Or imagine logging in to your checking account on Saturday afternoon  only to find that someone hacked your account and you have a negative balance. You have no cash on you, no groceries in the house, and there’s nothing the bank can do until Monday. In both of these examples, something beyond the character’s control (well, maybe the unpaid parking tickets could have been prevented…) prevent him from meeting his goal.

Conflict: Character versus Self 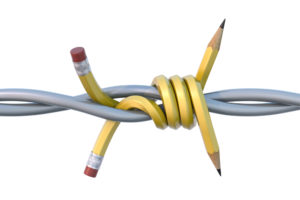 Although this may be the most difficult type of conflict to write,  it is also the most rewarding. This internal conflict usually involves an emotional decision that the character is grappling with making.  Perhaps your main character is an advocate for animal rights but is also lead counsel for a company that was just discovered to have been dumping oil in the ocean. Maybe your character has fallen in love with her husband’s brother.  In character versus self, readers have a chance to truly learn the inner thoughts and struggles of a character.  The character most likely learns a life lesson and may lead the reader to some serious introspection of their own life.

No matter what kind of conflict you have in your story, make sure you spend time developing it. Give your characters goals…and let them fail. Make them defend their opinions.  Give them clear motivations.  Your readers want an engaging story and the only way to give them that is with a little conflict.